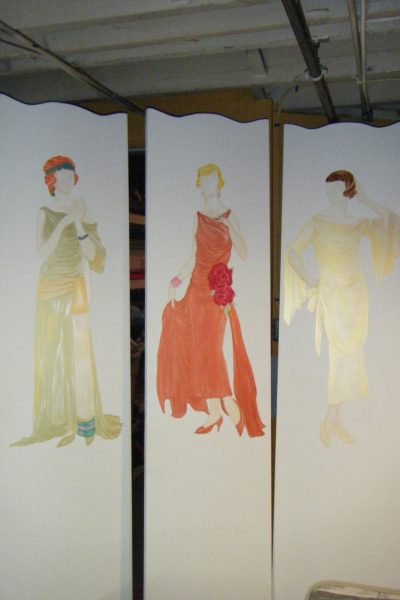 Now that I’ve blocked in all the colors, I begin to work on some of the shading and details. I decided to periodically stand the 3 panels up together, in the order they will be put together, to make sure they are flowing nicely. I did not do that with the 3 Geisha Girls and discovered when it was way too late, that one was really a bit too small in size and should have been adjusted. 🙁

Now, remember… NONE of these panels are anywhere near finished! This is just the work in progress. 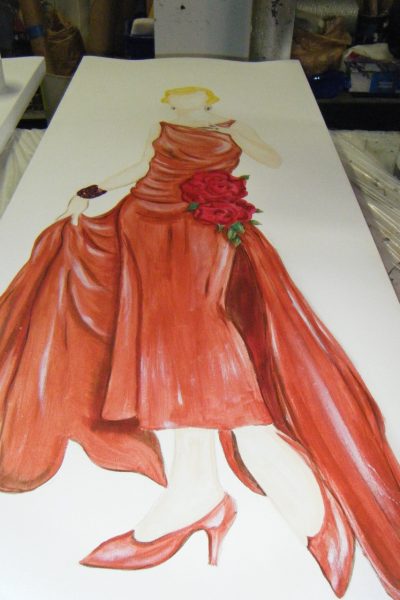 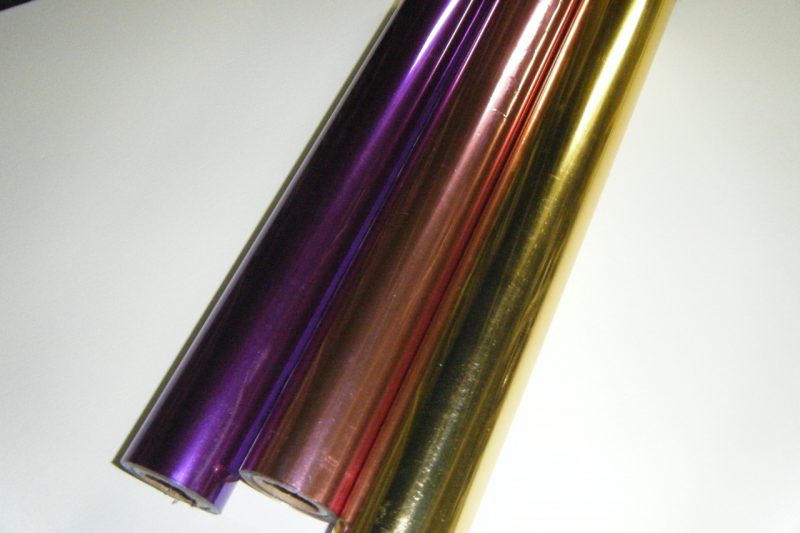 I ordered these three rolls of foils from Prismatic Studios for this job, thinking I’d use the gold for the background, but decided it was just too dark of a gold and too harsh looking. I’ll use all three of these, but much more sparingly than I had originally thought. 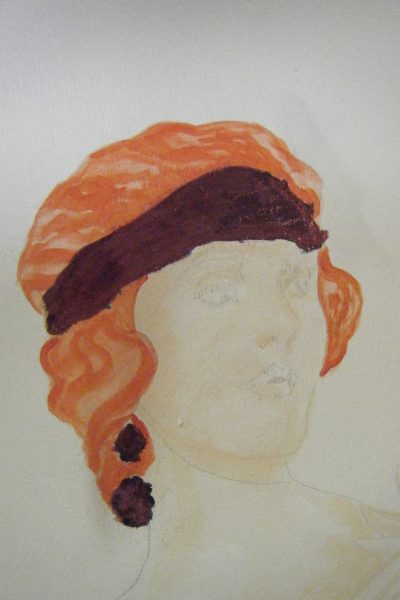 I used the dark purple foil for the background of the headband and earrings. I will be adding gems over this later. 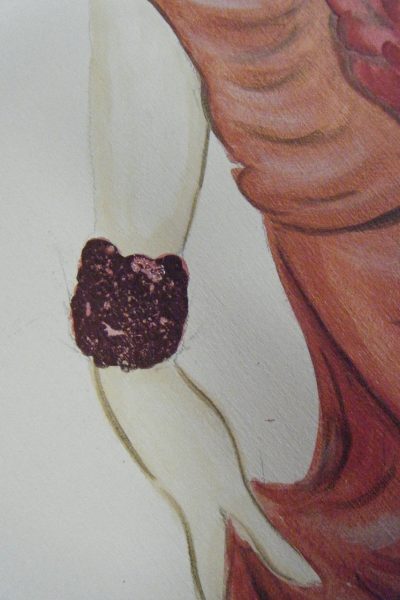 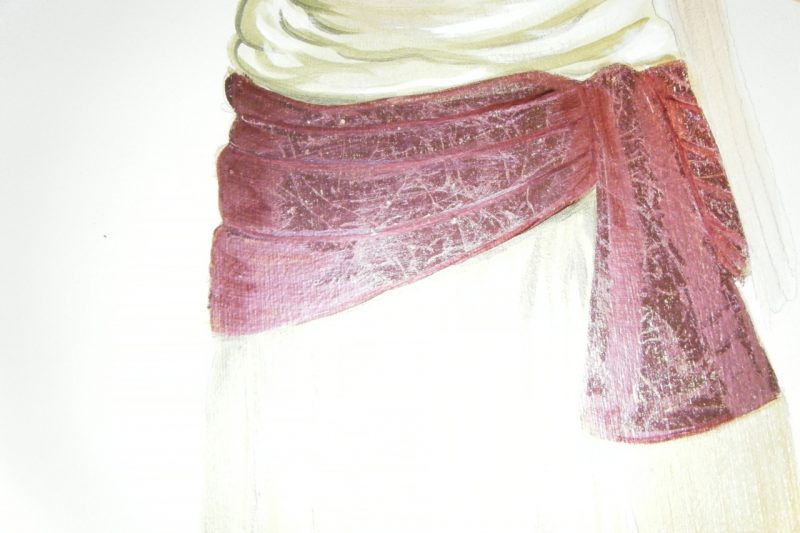 I used the lighter purple foil on the sash that is on the green dress. Again, gems will be added here later. 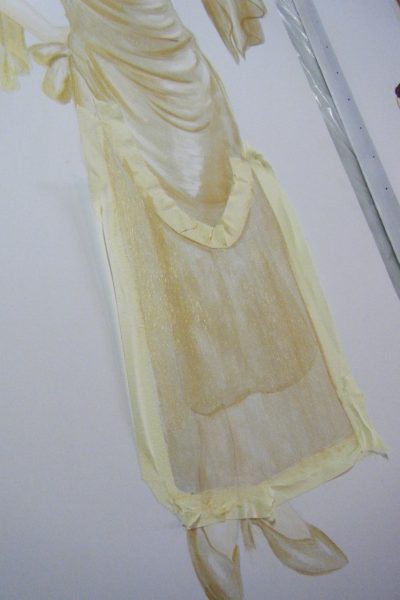 On the gold dress, I have an overlay piece of the dress taped out and have applied glass bead gel in a striae pattern. This is to make it look like there is a sheer beaded fabric over the bottom portion of the dress. I also added the bead gel to everyones shoes, for more glitz! 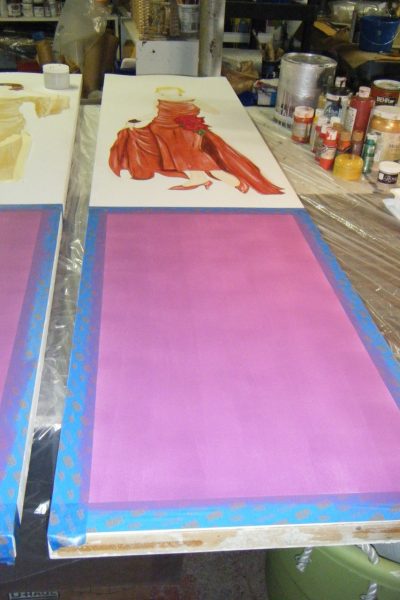 It has taken me forever to come up with an idea I really like for the bottom portion of these panels, but I have finally found something that I think I will really like. This is just the basecoat… don’t panic.

Carol Leonesio serves the Boston area and the following communities: MetroWest, North Shore, South Shore, Cape & Islands, Northern and Southern Berkshire County. Services are extended to New Hampshire, Rhode Island, and Washington, D.C. Travel to other areas or referrals in your area upon request.
Get Your Free Consultation